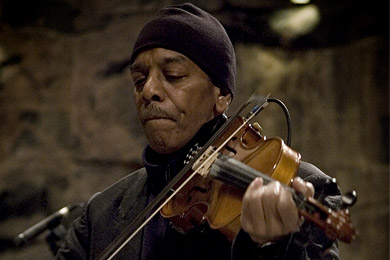 TUM Records is a Finnish record company that released its first recordings in May 2003. TUM Records aims to produce high-quality music recordings and selectively organize concerts and events, including the more or less annual TUMfest in Helsinki.

The focus of TUM Records is on improvised, jazz-based music, placing particular emphasis on free expression and the performing artists´ own music. In addition to providing younger musicians with exposure and a musical platform, TUM Records also promotes more experienced musicians whose work is not favored by the commercial trends of our time, despite the fact that these musicians have a lot to offer musically.

Although TUM Records operates on ordinary commercial principles, profit is not its goal. TUM Records´ objective is to use the proceeds from the sale of music recordings and organizing concerts for the production and publishing of new music. For this reason, TUM Records´ operations are mostly based on volunteer work and the company seeks to collaborate with other entities interested in advancing and fostering the production, performance and recording of improvised music. Accordingly, TUM Records collaborates with, for example, the Finnish Jazz Federation and other similar non-profit associations and festival organizers. Further, as the commercial potential of its recordings is limited, TUM Records´ operations are, in part, based on funding from public sources, including foundations, such as the Finnish Music Promotion Center (ESEK) and the Foundation of Finnish Music (LUSES), and prospective corporate sponsors.

TUM Records uses works of Finnish artists in the covers of its records in order to visually distinguish TUM releases. For its first four releases, TUM Records used professor Juhani Linnovaara´s paintings, which were chosen in collaboration with the artist himself. The following four releases featured works by Lars-Gunnar Nordström, another internationally renowned Finnish modern painter, and since then, Kari Cavén, Visa Norros, Marika Mäkelä and Juhana Blomstedt have been featured, each providing the cover art for four successive releases.