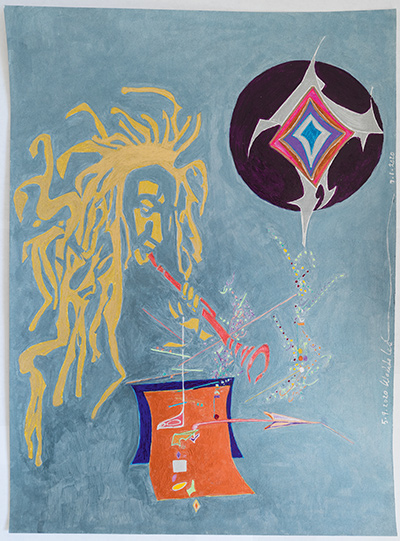 Wadada Leo Smith´s Ankhrasmation Symbol Language Art Scores have been exhibited at several major American museums. In October 2015, The Renaissance Society at The University of Chicago presented the first comprehensive exhibition of the Ankhrasmation Symbol Language Art Scores. In 2016, a number of the scores were featured in the Hammer Museum´s "Made in L. A." exhibition in Los Angeles, California. At the time, Smith received the Hammer Museum´s 2016 Mohn Award for Career Achievement honoring brilliance and resilience. Smith´s scores have also been shown at the Kalamazoo Institute of Arts in Michigan in 2016-17 and the Kadist Art Foundation in San Francisco, California, in 2016-17.