Kalle Kalima (b.1973) began his musical studies on the piano at the age of six, but switched to the guitar some five years later. Kalima studied at the Sibelius Academy (1995-2003) in Helsinki and at the Hanns Eiler Conservatory in Berlin under the guidance of Raoul Björkenheim and John Schröder, respectively, among many others. After taking up residence in Berlin with his family in 2000, Kalima has continuously broadened his musical expression and has performed with a number of leading proponents of free improvisation both in Finland and internationally, including trumpeters Wadada Leo Smith and Tomasz Stanko, saxophonists Juhani Aaltonen and Anthony Braxton, pianist Heikki Sarmanto, bassists Greg Cohen, Teppo Hauta-aho, Sirone and Ed Schuller, guitarist Marc Ducret, composer Simon Stockhausen and vocalist Linda Sharrock. He also frequently performs with Jimi Tenor in the realm of alternative pop/rock music. In addition to Europe, Kalima has performed in Africa, Asia and the United States.

In recent years, Kalima has mostly performed with his own and collaborative groups representing distinctly different approaches to improvised music. These currently include the jazz improvisation of two guitar trios, Johnny La Marama (with bassist Chris Dahlgren and drummer Eric Schaeffer) and Klima Kalima (with bassist Oliver Potratz and drummer Oliver Steidle), the free improvisation and avant-garde influences of K-18 and the Kalima-Kalmisto Duo (with Teppo Hauta-aho) and his solo project Kalle Kalima Pentasonic, where he surrounds the audience with five amplifiers and uses different effects and preparations in addition to his guitars. Kalima´s earlier groups have also included the freely pulsating improvisation of Momentum Impakto (with saxophonist Daniel Erdmann and drummer John Schröder) and the melodically rich, folk-influenced lieds of Soi Ensemble (with lyricist Essi Kalima, vocalists Johanna Iivanainen, Eeppi Ursin and Merzi Rajala, cellist Riikka Lampinen, organist Mikko Helevä and percussionist Mongo Aaltonen). He has also been featured as a soloist with larger ensembles, including Kalima´s concerts of his own compositions with the UMO Jazz Orchestra in 2009 and the NDR Big Band in 2012. 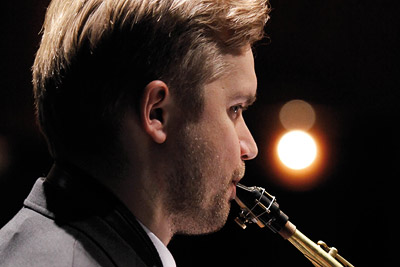 Mikko Innanen (b.1978) began playing the alto saxophone at the age of ten. He graduated with a Master of Music degree from the Jazz Music Department of the Sibelius Academy in 2003. Innanen spent one year of his studies - fall 1998 and spring 1999 - in Copenhagen at the Rhythmic Music Conservatory, where he studied with and befriended a number of Danish and other students, leading to collaborations that still continue today.

In the past decade or so, Innanen has established his position as one of the most innovative saxophonists and composers on the Finnish and Nordic jazz and improvised music scene. He has also increasingly spent time in New York City performing with many of the leading improvisers on the local scene. To date, he has published some 20 recordings as a leader or co-leader and more than ten as a sideman. 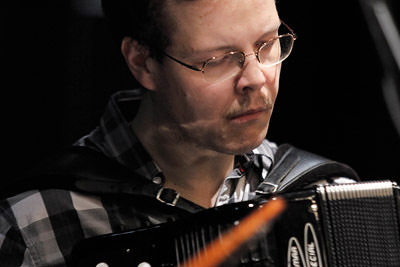 Veli Kujala (b.1976) received his Master of Music degree from the Sibelius Academy in 2004 and his Doctor of Music degree in 2010. Although Kujala has won several prizes in international competitions for soloists and for composition in the field of classical music, he is also well known for his interest in improvised music.

Kujala´s collaboration with composer Sampo Haapamäki led to the invention of a new instrument, the quarter-tone accordion, which Kujala uses when performing with K-18. Sampo Haapamäki´s concerto for the quarter-tone accordion, Velinikka, was premiered by Kujala and the Insomnio Ensemble in Amsterdam in 2008 and Joachim Schneider´s Double Concerto also featuring this instrument was premiered by Kujala and the Lapland Chamber Orchestra in 2011. 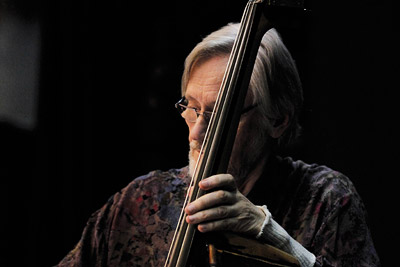 Teppo Hauta-aho (b.1941) first began playing the double bass by ear without any formal musical education. After learning the basics of prima vista, he was admitted to the Sibelius Academy in 1963 and studied bass with the legendary Oiva Nummelin, receiving his diploma in 1970. He also studied bass with Frantisek Posta in Prague during the late 1960s and early 1970s. Between 1965 and 1972, Hauta-aho was a member of the Helsinki Philharmonic Orchestra and, from 1975 until his retirement in 1999, a member of the Finnish National Opera Orchestra.