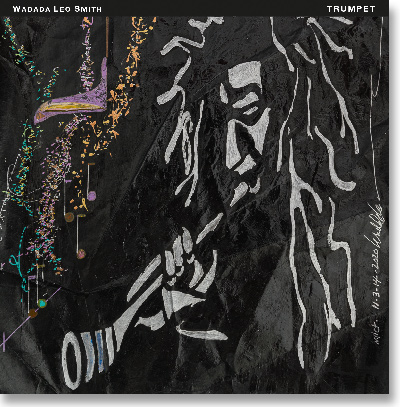 Trumpet is a unique extended collection of solo trumpet music recorded over one summer week amidst the beautiful natural acoustics of St. Mary´s Church, the medieval stone church in the Town of Pohja on the Southern Coast of Finland. Fourteen new compositions by Wadada Leo Smith are included on this recording and spread over three CDs.

Trumpetwas recorded over one beautiful summer week in July 2016 at St. Mary´s Church in the town of Pohja, on the Southern Coast of Finland. The church was built between the years 1460 and 1480 and remains close to its original condition, being today used in much the same way as it was some 550 years ago as a meeting place for its parishioners.

Trumpet features fourteen new compositions by Wadada Leo Smith, including four extended works. As a whole, Trumpet represents a totally unique journey into the possibilities of the trumpet as a solo instrument and the immersive, almost meditative power of Smith´s extended solo performance.

Trumpet also represents a culmination so far of Smith´s recorded solo trumpet work that has comprised a total of six albums prior to Trumpet. That legacy begins with his very first album as a leader, Creative Music - 1: Six Solo Improvisations, in 1971 and includes most recently his dedication to Thelonious Monk, Solo: Reflections and Meditations on Monk, from 2015.

"I recorded Trumpet in a small town one hour west of Helsinki, Finland, creating the music in a fifteenth century stone church," recalls Wadada Leo Smith. "The acoustics were perfect for the trumpet sound. The recording took place over four days during the summer. It was a beautiful moment for creating art."

"The trumpet is a metallic vehicle and, because of its architectural design, it has the potentiality of offering the music creator the ability to create a pure and sometimes unimaginably beautiful music," says Smith of his chosen instrument. "That music of the trumpeter is heard in this world and across space. It is an instrument made for the dreamer of dreams, the one who can authenticate the dream into reality."